S1E10 - Freely Expressed Wishes of the people of Southern Cameroons

Following the creation of the Federation on October 1, 1961, Ahidjo switftly moved to override the Federal Constitution through un-ending State of Emergency declarations that would run through 1976 (15 years!). Under the guise of 'national unity', Ahidjo coerced the country to 'unify' under one national party leading to Ahidjo's decade of terror. 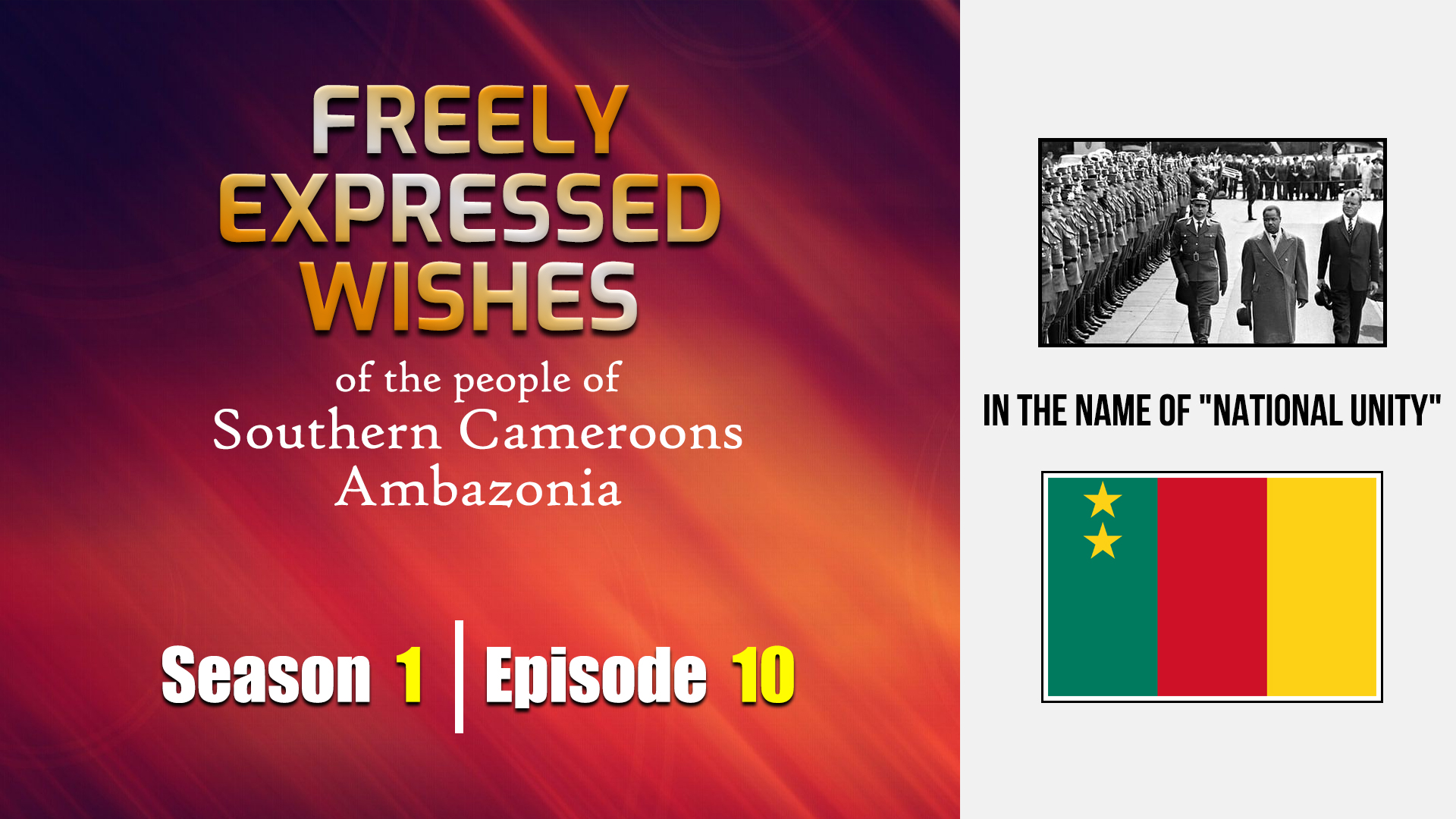 Make sure you enter all the required information, indicated by an asterisk (*). HTML code is not allowed.

back to top
A